The Group owes its existence to the perseverance and determination of a remarkable lady: a nurse and midwife from Nottingham whose husband and their youngest son were diagnosed in 1985 with a little known genetic condition: Myotonic Dystrophy (known as ‘DM’).

From Margaret Bowler’s difficulties and frustrations in efforts to obtain support and understanding from medical, educational and social services authorities, grew a determination to ensure that others had access to the advice and support that she had at first been denied. 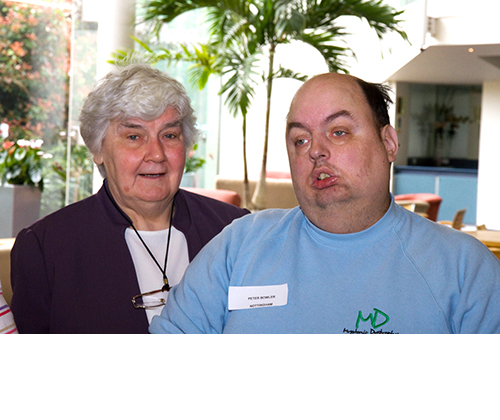 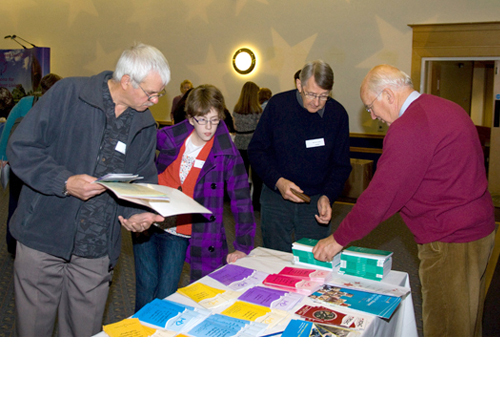 In the quarter-century since that diagnosis, Margaret Bowler’s energies have been directed to offering friendship and support to other affected families, and to raising awareness of the condition.

Her contacts soon expanded, and in 1999 the Myotonic Dystrophy Support Group (MDSG) became a registered charity. Working from a Nottingham base, the Group has become known and respected amongst those working in clinical and research fields in the UK and abroad.  Through its telephone Helpline and a network of regional Contact Families, MDSG has sought to offer support, comfort and friendship to affected families and their carers; through the organisation of an annual Conference, the charity is now able to bring together scientists and clinicians working in the field. Spreading awareness of the nature of DM and its effect on families has been a constant concern.

Some success has been achieved in occasional national media coverage, and by working in co-operation with other national charities such as the Muscular Dystrophy Campaign and the Genetic Interest Group. Attendance at international conferences, including the biennial IDMC (International DM Consortium) meetings, has led to increasing overseas liaison.

During the life of the MDSG, considerable progress has been made in the scientific understanding of the causes of the genetic disorder.

Amongst those working in this field and in the painstaking (and inevitably time-consuming and thus costly) steps towards finding ways in which the condition might be alleviated or arrested, have been a number of UK scientists.  Professor (later Sir) Peter Harper from the University of Cardiff was the charity’s first Patron. His bookMyotonic Dystrophy – the Facts is dedicated to the MDSG, ‘whose work has helped so many patients and their families in the UK and beyond’.  On Sir Peter’s retirement in 2000, he was succeeded as Patron by Professor David Brook, of the Department of Genetics at Nottingham University. David Brook was head of a research team at the Massachusetts Institute of Technology when, in 1992, a breakthrough in the understanding of the genetic causes of DM was achieved. 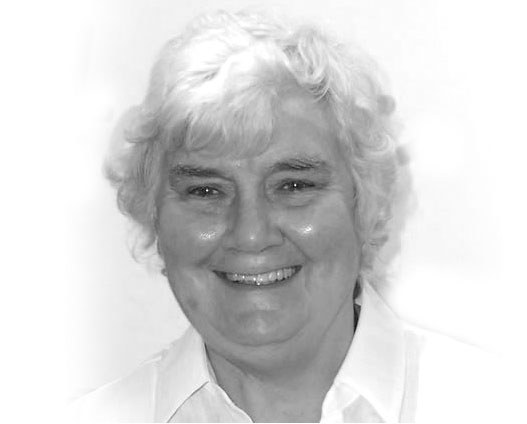 Practical and financial support for MDSG has grown through the intervening years to the extent that income from donations and fundraising now enables the Group to maintain not only its own work, but also to channel  some money (admittedly on a small scale) in support of research and career development projects.

Margaret Bowler would acknowledge the great support she has received in her work from her co-Trustees and Committee members (especially the current Vice Chair, Elycia Ormandy) as well as from the Group’s Patrons and many other scientific and clinical Advisers.